TQ Delta’s patent portfolio includes applicability to Multimedia over Coax Alliance technology (MoCA), a standard aimed at providing in home data distribution and content sharing using coaxial cable. The first version of the industry standard, MoCA 1.0, was approved in 2006. In 2010 the industry consortium adopted MoCA 1.1 and 2.0 as updated versions of the standards. The standard hit an important milestone in 2009 when the Digital Living Network Alliance (DLNA) approved the MoCA standard for incorporation into its Network Interoperability Guidelines. The DLNA’s addition of MoCA technology helps create a better experience for both service providers and consumers as both alliances now collaborate to improve the home networking environment. Cable, satellite, telecom, and IPTV operators rely on media servers, set-top boxes, adaptors, routers, and digital video recorders (DVRs) to use MoCA technology to deliver streaming video, including live television and previously recorded content, to multiple TVs within the home.

The patented technologies in the TQ Delta portfolio cover key innovations in MoCA , including:

MoCA has seen rapid adoption by U.S. service providers, including satellite, cable, and telecom operators, as it provides the easiest installation method for newer networked DVR set-top boxes. Indeed, the MoCA Alliance has certified nearly 200 products since its inception in 2004. In 2013 there were about 26 million MoCA networks in the U.S. By 2018, ABI Research forecasts the number of MoCA networks to be about 47 million in the U.S., almost double the amount from 2013. Additionally, IHS, Inc. research forecasts that “46% of home networking device sales in 2017 will be MoCA set-top boxes.” IHS, Inc. also forecasts MoCA’s set-top box revenue to grow to $2 billion in 2016, a CAGR of 20%, as more operators will increasingly deploy MoCA-enabled set-top boxes in North America, EMEA, and Latin America between 2011 and 2016 to access advanced services and content.

The growth of MoCA products worldwide can be explained by the increase in popularity of home networking services and applications including, but not limited to, video-on-demand, multi-player gaming, multi-room DVR, internet video, and the like. Specifically, one of the largest drivers of this growth is the increased popularity of the DVR. According to Leichtman Research Group, now over 60% of U.S. pay-tv subscribers have a DVR, a 41% increase from 2010. In addition, Leichtman Research Group claims that 55% of U.S. households with DVR shave DVR services for multiple TVs in the household, a 28% increase from 2010. Finally, MoCA adaptors are also increasing rapidly in the home networking market, as IHS, Inc. predicts MoCA’s adapter revenue to increase to $125 million in 2016, a CAGR of 99% between 2011 and 2016, driven largely by the North American market. 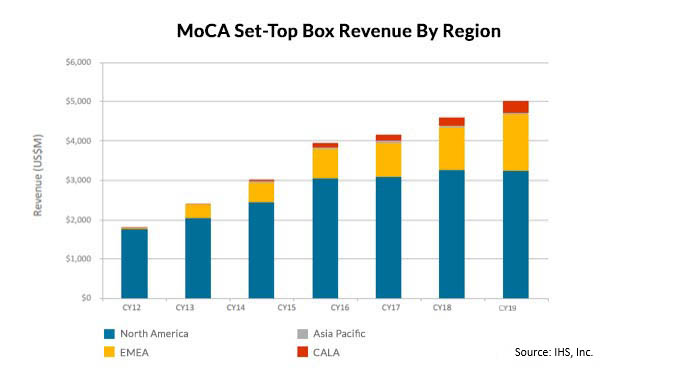 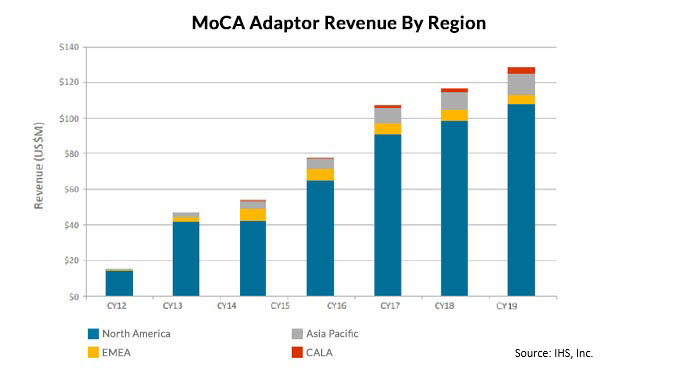 TQ Delta is committed to enabling market use of its MoCA related patents to market participants who wish to purchase a license to practice and implement these inventions in their MoCA products. To receive more information on pricing and terms of such licenses or on the patents themselves please complete the form on our Contact Us page and you will be contacted by a member of our licensing team.